The plain dark passive cooler found on the MSI card and probably on all reference GeForce 7600 GS cards receives a flowery MSI makeover. The company's logo has been reproduced in a rather baroque style and attached to the heatsink. It is quite a change from the common practice of pasting the vendor's logo over the default NVIDIA cooler though that would not have been possible with the heatsink for the GeForce 7600 GS.

Red PCB is also a bright and welcome change from the staid green preferred by NVIDIA and frankly, we were expecting green again, since this being the first batch of GeForce 7600 GS cards. So, the MSI NX 7600GS-T2D256 EH has certainly surprised us with its unique looks. 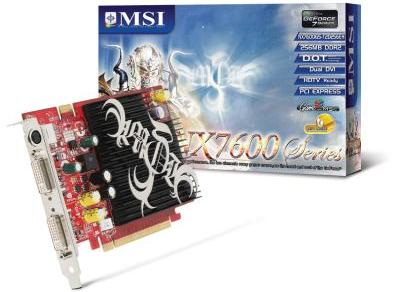 Test Unit purchased at a special price of Rs 7000/- from Tirupati Enterprise, Kolkata 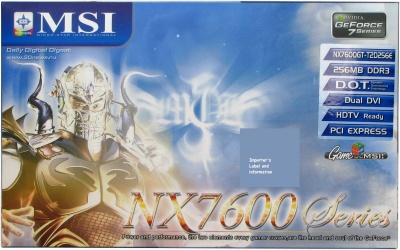 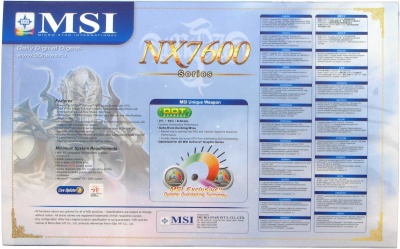 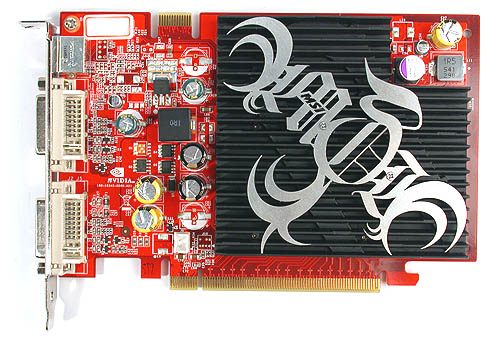 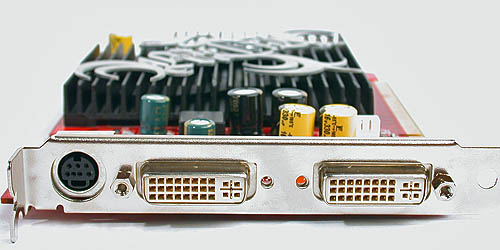 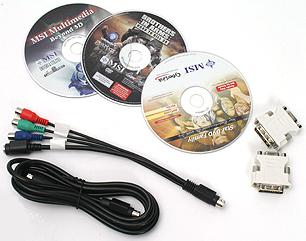 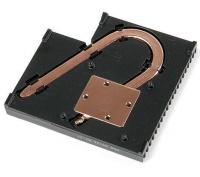 The Heat-Sink
This is becoming relatively common these days and we have to say that the MSI heatsink is little more than a finned slab of aluminium, but it works perfectly well and keeps the card nice and cool. 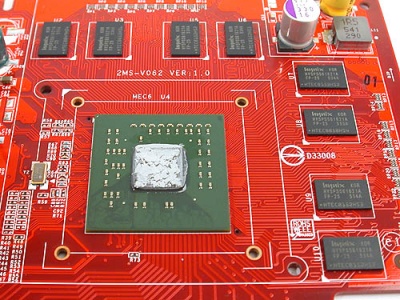 The GPU
The brain of the card

From the specification, 7600GS has a smashing win over its competitor, with 3 times the pixel pipelines and full H.264 acceleration up to 1080p.

More results will be comming soon on FarCry 64Bit with WindowsXP 64Bit Pro edition to show its potential power on 64Bit computing.

Some manufacturers have pushed their 7600GS cards to the limit with figures of 550MHz/950MHz but MSI has followed the reference design to the letter so you're looking at a performance drop in the region of 40 percent compared to a 7600GT card.

Overclocking the MSI GeForce 7600GS was all but too easy, taking a guess I believed the memory would top out around 900MHz DDR and it did. Then the core was estimated to hit around 500MHz and it did. Not bad really given there are no fans involved, at 100MHz core and memory overclock. More importantly this boosted performance dramatically, boosting frames where they were most needed, at 1600x1200. The overclock helped the 7600GS deliver much more playable performance with FSAA 2x + Aniso 8x enabled at 1600x1200 in games like Quake 4 and Far Cry etc.

Hence, the results of 3DMark05 showed the GeForce 7600 GT still with a massive lead over the overclocked GeForce 7600 GS. However, compared to the original settings, it was a performance gain of 20%, which is not to be sneered at. The passive cooler on the GeForce 7600 GS is probably keeping it back from a better showing. Besides, with its high temperatures at default speeds, it may not be a good idea to push it too far.

There is also a provision for dynamically overclock the card using D.O.T. for soft-core Overclockers.

So the MSI GeForce 7600 GS offers amazingly good performance for just Rs 7000/-, features the latest GeForce 7 technologies and uses a very suitable cooling solution. Of course all you kids out there will cry about the performance because it's not a GeForce 7900 GTX, but at the same time it does not cost 7000/-, so deal with it. As far as value for money is concerned the GeForce 7600 GS is a WINNER, even keeping equivalent ATI card far far behind.

The Negatives(very very hard to find but we managed few) :